There’s been a gap of over seven months (!) since the last posting on Charles’ reading at Godmersham –  so I’ll repeat some of the introductory material to refresh your memory.  I again offer hearty thanks to Austen scholar Hazel Jones for sharing this with us as she mines Charles’ diaries – and please see below about information on her just published work The Other Knight Boys, wherein we learn not just more about Charles Bridges Knight, but all his brothers as well!

The Reading with Austen website focuses on the contents of the Godmersham Park Library as noted in the 1818 catalogue of the collection. We know that Jane Austen read and rested in this library because her letters tell us so, and the RwA website has brought this long-ago library back to colorful life. So it is a very interesting treasure to stumble upon other mentions of this library. The scholar Hazel Jones* has been very generous in sharing her research into the diaries of Austen’s nephew Charles Bridges Austen (later Knight), who also spent time in this very library. In doing the research for her new book on Edward Austen Knight’s sons, Hazel’s reading (and transcribing) Charles Bridge’s diaries (which are housed at Jane Austen’s House Museum ), she finds numerous references to the titles he is reading. 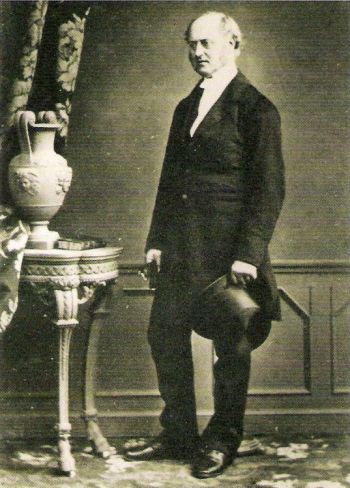 Charles Bridges was born March 11, 1803 at Godmersham Park in Kent, the 8th child of Jane Austen’s brother Edward Knight and Elizabeth Bridges. He was a commoner at Winchester* from 1816-1820, attended Trinity College, Cambridge and was ordained in 1828. He was the curate of West Worldham in Hampshire and rector of Chawton from 1837-1867. He died unmarried on October 13, 1867, aged 64 years. He is buried in the graveyard at the St. Nicholas Churchyard in Chawton (Section B: Row 2. 70 ).

You can read the other parts here that tell of Charles’ reading while living at Godmersham:

Hazel notes: There is very little of interest in this diary concerning books. Charles is largely obsessed with detailing symptoms of the gout, various remedies and ‘lowering’ diets.

These books are not identified by title, so we can only assume Charles has ordered books from the local bookseller in Alton about cookery, gardening, and cellar (root cellar? wine cellar?) books – these would have been his own books and not part of the Godmersham library – but nice to know he is reading something other than religious tomes! 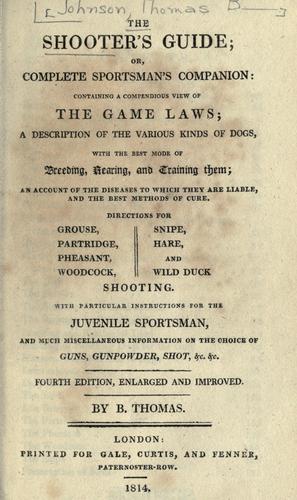 No information, though I do find a printer / bookseller imprint for a Gale, Curtis and Fenner out of London – they printed and sold books on sporting as well as religion, but mostly around the 1810s – so this may be an offshoot of that original firm. There is also a later Gale bookseller in London. Here is a title page from their book on sporting.

So I was able to find references to Varty in WorldCat, and with the help of Peter Sabor, we find that “Roche” actually refers to “Roake” –

Roake & Varty were publishers and booksellers / stationers in London from about 1829-1842. They published a number of political, religious, and educational books – so Charles could have been either buying and reading for his own edification or, as Hazel suggests, purchasing books for the Chawton and Alton schools. He mentions supplying the teachers with various texts. [According to Hazel, Charles apparently was in the habit of turning up in the classrooms unannounced to examine the pupils! Every teacher’s nightmare!…] There are no Roake & Varty books at GPL, but here is a title page of one such published by them: 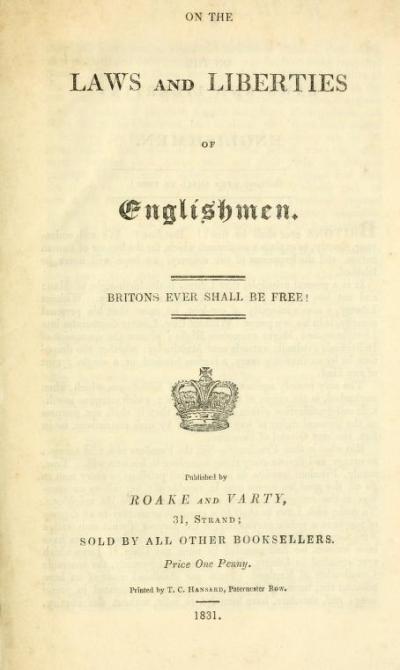 On the laws and liberties of Englishmen: Britons ever shall be free! 1831
(from Internet Archive)

Ok, so the interesting thing here is that Charles seems to have BOUGHT the Gibbon from his brother Edward! Edward SOLD it to him?? OR Edward is Gibbon’s first name, so did he just mean Edward Gibbon, no possessive? Or, is he just completely confused about author and title? He later mentions “Gibbon’s decline and fall” so we know he is talking about The History of the Decline and Fall of the Roman Empire, first published 1776 and succeeding volumes through 1789, and many re-printings. It is not listed in the GPL. 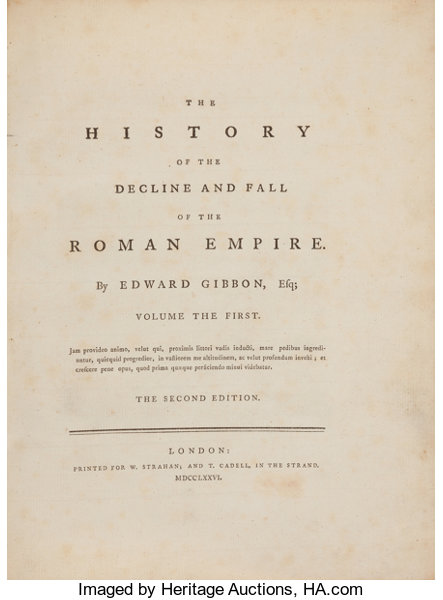 The only Gibbon book at Godmersham was this, his first published work: Essai sur l’étude de la literature (1761) and a LOST SHEEP: 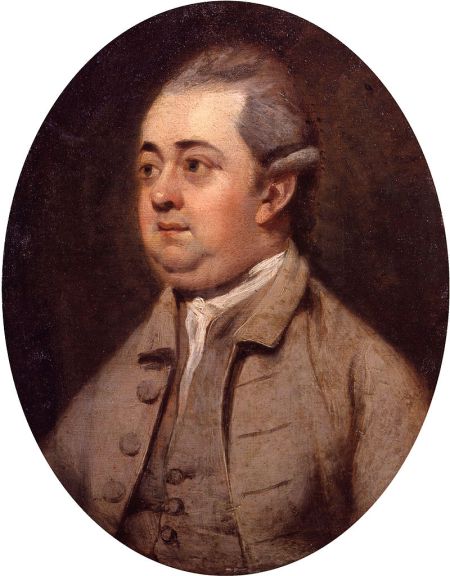 [Aside: Human interest story (i.e. gossip): While living in Switzerland as a young man, Gibbon met the love of his life: Suzanne Curchod, the daughter of the pastor of Crassy. Their romance was thwarted by family on both sides – but Curchod went on to marry Louis XVI’s finance minister Jacques Necker – their daughter became Madame de Staël.] 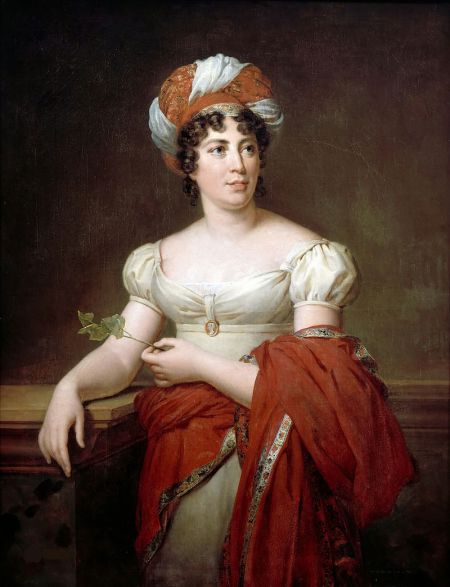 5. ‘Sunday April 22 … I came home soon after 5 and read till 7 when I dined — at 1/2 past 9 I read the first chapter of Anderson’s Expositions of the Epistle to the Romans, to the servants, meaning to go on with it every Sunday.’

Robert Anderson. A practical exposition of St. Paul’s epistle to the Romans. London: J. Hatchard and Son, 1833. [also an appendix was published in 1837] 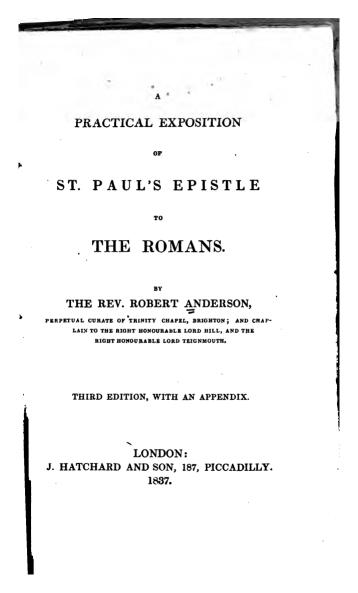 Not in the GPL – so one wonders where DID Charles’ own books go??

6. ‘Monday June 11 ... Today I have been silly enough to subscribe to a publication going about of the lives of eminent Englishmen.’

Charles must mean this: Lives of eminent and illustrious Englishmen, from Alfred the Great to the latest times, on an original plan. George Godfrey Cunningham. Glasgow, A. Fullarton & Co., 1834-42.

Not in the GPL – but it is good to know that Charles had a moment of “silliness”! It was originally published in 16 parts (then into 8 volumes). 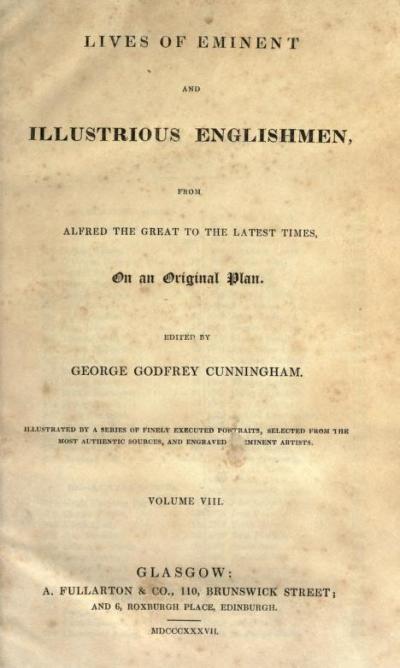 7. ‘Wednesday June 13 ... I read some of Waddingtons History of the church & some of Johnson’s Life by Boswell … I have generally passed the time in reading the above books, besides the Bible’. (Hazel notes: He finds time for reading over a period when he is laid up with the gout.) – Not in the GPL, but here is a title page [from HathiTrust]: 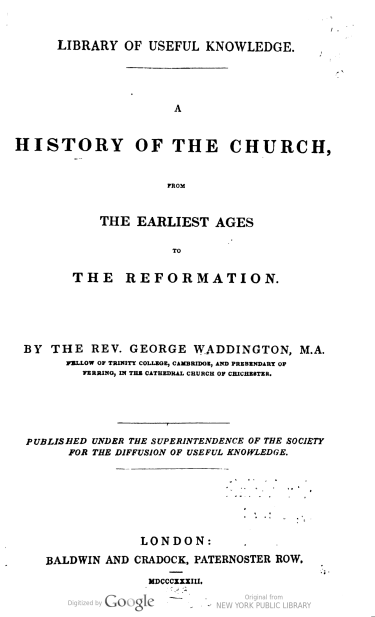 History of the church, from the earliest ages to the reformation, by George Waddington / Society for the Diffusion of Useful Knowledge.  London: Baldwin & Cradock, etc…, 1830-1833. 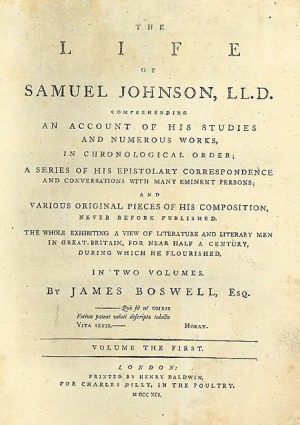 Boswell’s Life of Johnson was covered in this post on Samuel Johnson in the GPL: this is a LOST SHEEP, however, and therefore worth repeating…

See above for details: he bought it on April 20, started it July 23 – Charles, like all of us, must have had a piled-high TBR stack!

9. 1839 ‘Thursday (Feb 7th) I began this morning reading to the servants before prayers, instead of having prayers only. I began Slade’s psalms …’

Slade is mentioned in Part IV of Charles’s reading:  James Slade wrote a few works on the Psalms, a number of them after the diary date of 1839. There is nothing in the GPL: but maybe this was what he was reading to the servants (did Charles always “practice” on the servants I wonder?) 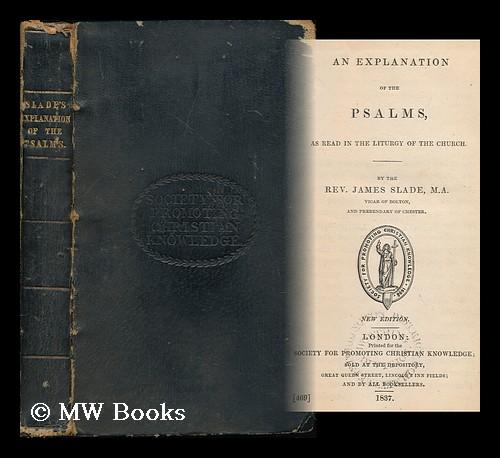 An Explanation of the Psalms as read in the Liturgy of the Church. By the Rev. James Slade, Canon of Chester. London, 1832. [ title page from MW Books on abebooks]

10. ‘Friday March 8 … The rest of the day I passed in reading Abercrombie’s Intellectual powers, which I finished; & began his moral feelings.’

We have two works mentioned here, neither in the GPL catalogue:

In 1830, John Abercrombie published his Inquiries concerning the Intellectual Powers and the Investigation of Truth. Edinburgh / London, 1830. We don’t know what edition Charles had, but here is a title page from the 5th edition of 1835 [HathiTrust].

This was followed with The Philosophy of the Moral Feelings in 1833, published by John Murray (Jane Austen’s own publisher!) 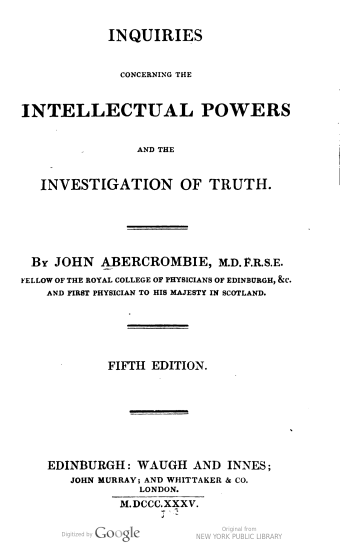 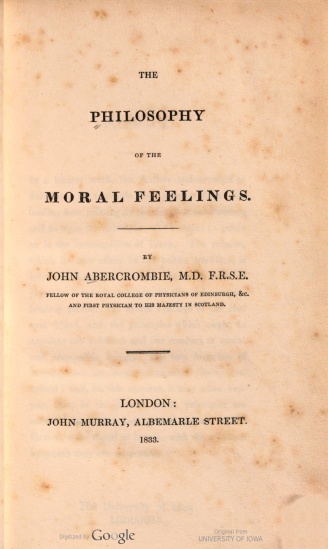 John Abercrombie (1780-1844) was a Scottish physician and philosopher, known for his medical treatises. These two works of philosophy were widely popular at the time of their publication and were variously reprinted in Britain and the United States. 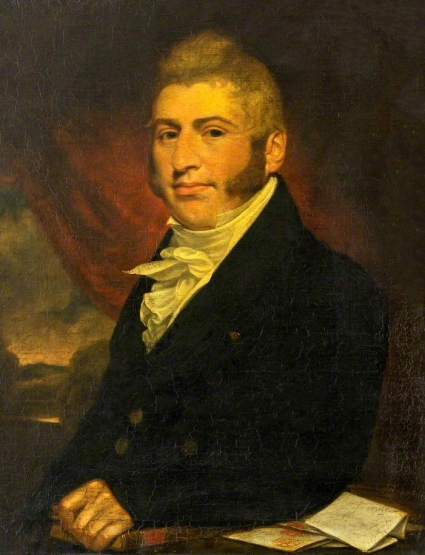 Though these books are not in the 1818 GPL catalogue, it gives me an opportunity to tell of two books by a different John Abercrombie that were at Godmersham, but are now LOST SHEEP.

This John Abercrombie (1720-1806) was a Scottish horticulturist who wrote a number of books on gardening, and was as a young man employed at the Royal Gardens at Kew, and at Leicester House. 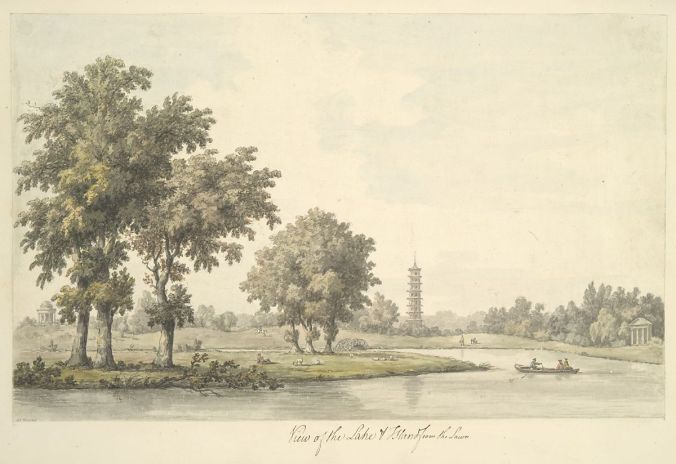 John Abercrombie. The propagation and botanical arrangements of plants and trees, useful and ornamental, proper for cultivation in every department of gardening; nurseries, plantations and agriculture. …etc. [a very long title!]. London, 1784.

The Universal Gardener And Botanist; or, a General Dictionary of Gardening and Botany. Exhibiting in Botanical Arrangement, according to the Linnæan System,…. Etc, etc.,[another very long title!].  By Thomas Mawe and John  Abercrombie. London, 1778. 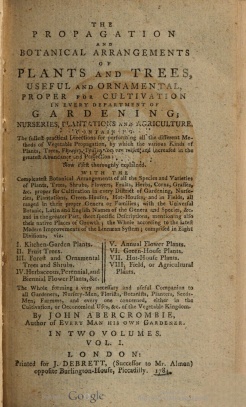 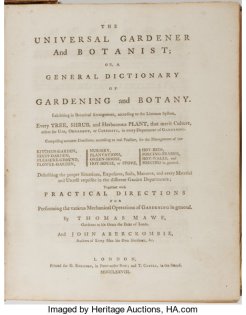 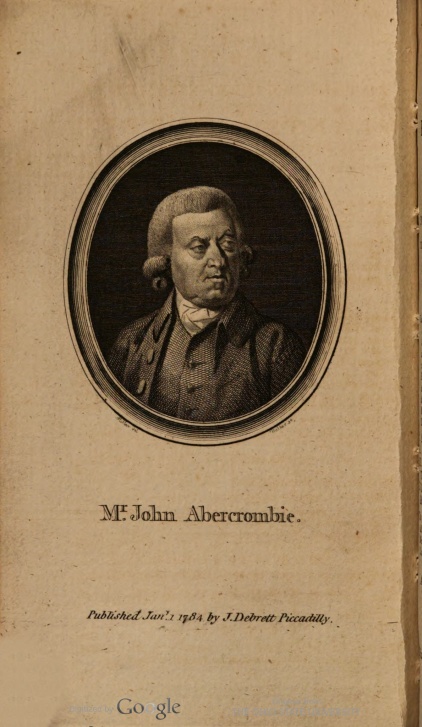 And finally, the last entry for Diary 11:

11. ‘Tuesday March 19 … I began reading Thicas’s history of the French revolution, which Edward lent me.’

I can find nothing on this exactly, but perhaps it is a mistake on Charles’s part or illegible, because I do find this (it is not in the 1818 catalogue): 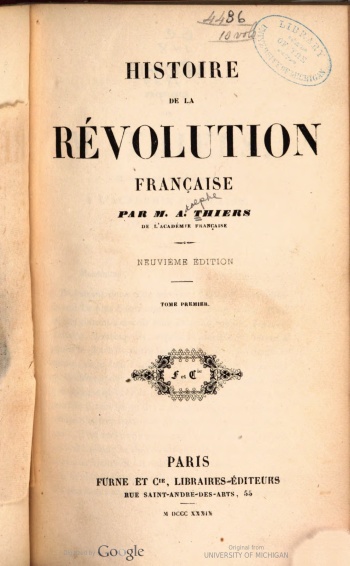 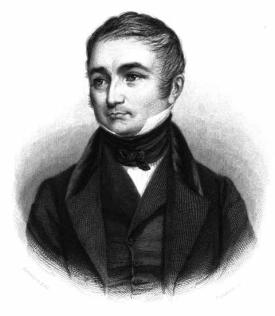 Histoire de la Révolution française, by Adolphe Thiers (could this be the “thicas” ?) The first two volumes appeared in 1823, the last two (of ten) in 1827. It was the first major history of the French Revolution in French and won Thiers a seat as the second-youngest elected member of the Academie Française. He was the second elected President of France, and the first President of the French Third Republic.

There are other books in the 1818 catalogue about the French Revolution, as well as a number of books in French– so if Edward lent it to Charles around 1839, where did it come from if not the Godmersham or Chawton libraries? It is not listed in the 1908 catalogue either.  Did Charles never return the set to Edward?  And, is it clear that Charles spoke / read French?

This book on the French Revolution is listed in the GPL catalogue and is in the Knight Collection, and has the Montagu George Knight bookplate:

Archibald Alison. History of Europe during the French Revolution. Embracing the period from the Assembly of the Notables, in M.DCC.LXXXIX., to the establishment of the Directory, in M.DCC.XCV. By Archibald Alison. London / Edinburgh, 1833-1842. 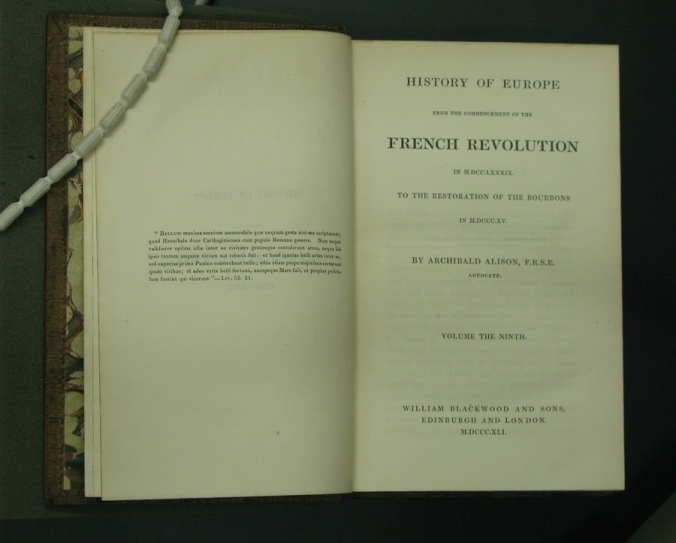 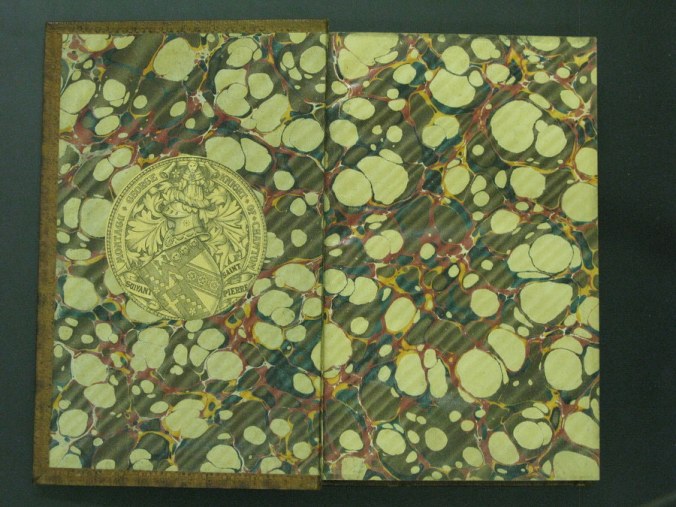 So many unanswered questions to ponder… 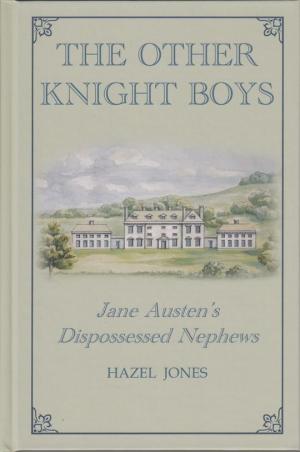 There is one more post in this series about Charles’ Godmersham reading, which I shall prepare shortly. In the meantime, you can learn more about Charles and his brothers in Hazel Jones’ just published The Other Knight Boys: Jane Austen’s Dispossessed Nephews – watch this space for an upcoming interview with Hazel – I highly recommend the book, so many interesting tales of the children Jane Austen knew and played with, and the various directions their lives took them. You can purchase it here at Jane Austen Books. 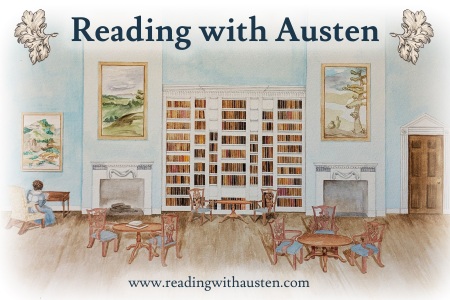 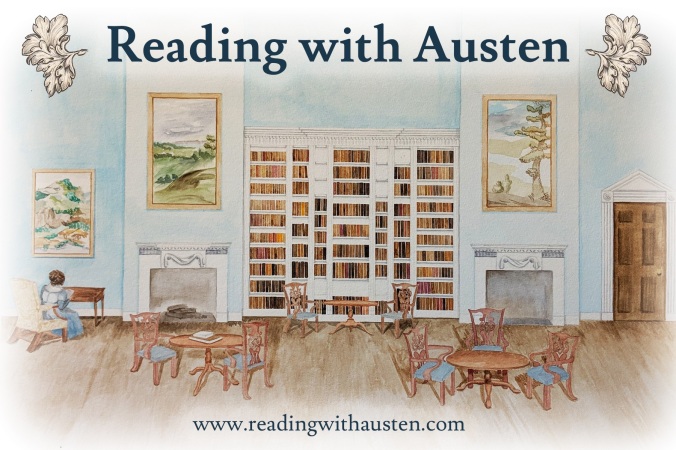